↓ Skip to Main Content
Home › HR › The Performance Management Process: A Hammer vs. a Shovel

The Performance Management Process: A Hammer vs. a Shovel

If someone gave you a hammer to dig a hole, and you didn’t know any better, you’d probably come to the conclusion that the hammer wasn’t a great tool.  Of course, you’d be wrong because it’s the perfect tool for driving nails…it just wasn’t designed for digging holes.

This scenario seems be one of HR’s biggest problems.  We take a perfectly good tool, and try to use it in ways for which it was not designed. In the process we undermine people’s perception of the tool’s value, through no fault of the tool — not to mention HR’s credibility. 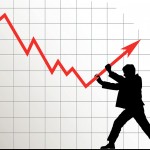 This is what has happened to the Performance Management or Appraisal process. Its original purpose was to improve and optimize overall employee performance by giving employees accurate feedback about how they were performing. This information was supposed to guide and motivate employees to improve their performance and sustain positive performance. Hard to argue with the thinking behind that isn’t it?

And then it started:

“Hey as long as we’re collecting information about how people are performing, let’s also use this information to identify our best and subpar performers.”

Is this a legitimate organizational need?  ABSOLUTELY.

Let’s face it…..not all turnover is created equal. Most organizations have some employees they would like to move on (ideally, it’s a small percentage). Management seldom wants their best performers to leave. These are the people you want to make sure get the best treatment your company has to offer; you want them to know that you recognize and value their capabilities and contribution because you want to make sure that they stay!

Unfortunately, using data from the Performance Appraisal process to meet this need, while it makes sense on the surface, has turned out to be a big mistake.

That’s not what the process was originally designed to do.

It shifted the purpose of performance appraisal away from giving feedback to employees toward providing organizations with an evaluation of employee performance.

And then the behaviorists stepped in.  “As long as we have this information about how well people are performing, let’s give our employees an incentive to do the best jobs possible by giving our top performers higher monetary increases than the people who aren’t performing as well.” This gave rise to the whole concept of merit pay and “Pay for Performance,” so deeply rooted in businesses today. This is especially true in Western culture, with its emphasis on the individual.  Again, it’s hard to argue with the basic idea. Intuitively, it makes a lot of sense. Since the purpose is to get the best possible performance from employees, you could argue that there’s little conflict between using the process this way and its original purpose.  Unfortunately, you’d be wrong because this led to the performance appraisal process having the additional purpose of providing organizations with a system for how they would compensate their employees. Again, that’s not what it was originally designed to do.

You’re probably thinking, “So what? How do these two additional purposes, giving us more performance information about our talent, and providing us with a system to pay employees, conflict with the purpose of optimizing overall employee performance?”

Let’s take a look at these three objectives:

The second two place a premium on our ability to accurately evaluate a person’s performance over an extended period of time.  Unfortunately, that’s the exception rather than the rule (unless maybe you’re a shortstop for the Cincinnati Reds — my team growing up — and the team has statistics for the entire season for every play you made in the infield, and every at bat on offense.)  Without daily objective measures which roll up into totals and averages for the entire season, it’s really hard to come up with an accurate measure of a person’s overall performance.  Any one in HR knows that, and this is why so much of our time and energy has been spent in developing new approaches and techniques for measuring performance. We try to make those evaluations more accurate and valid.  Often, the first question asked when someone talks about their performance appraisal process is, “Let me see your form. I want to see if you’ve found a better way of measuring performance than I have.”  That’s why so much time and energy has gone into researching common performance evaluation errors, and training managers to avoid making them.

Don’t get me wrong. I’d like to think that we’ve made progress. Today, I see much fewer “trait evaluations” on performance appraisals, where a manager is put in the position of being an amateur psychologist. Evaluating someone on their “attitude” is less prevalent. But let’s be honest, how many of you in HR (or elsewhere in management) would really trust the accuracy of your performance appraisal data if your life depended on it?

This doesn’t mean that performance feedback shouldn’t be accurate, but there is a world of difference between me as a manager sitting down with an employee and telling him or her what I would like that person to do differently in the upcoming year versus my telling employees that I have evaluated their performance for the year on a numerical scale.  Not only does this focus on numerical “grades” interfere with, rather than contribute to, the person receiving effective feedback, it’s also the major factor leading to the single most common performance evaluation mistake: leniency error.  Any organization that keeps track of the percentage of performance evaluations at different rating levels knows that error must exist.  Is it possible that 80% of your employees are above average?

Even here, I’m starting to slip into making the same mistake about focusing on the accuracy of the evaluations.  If you go back to the original purpose of the performance management process — to optimize employee performance — you don’t even need performance evaluations.

All you need is a process that gets your managers to sit down at least once a year, and preferably more often, to discuss with each of their employees three or four basic questions:

Notice that each of these questions, like effective feedback, focuses on employees’ actions or behavior.  Theoretically, this is the one thing that we as human beings actually have control over, (though I know that some would even dispute that.)

These same four questions can also focus on the results that the person has achieved. To be most effective here, the manager will need to discuss  the behavior that yielded the current results.  The classic definition of insanity is to do the same thing over and over again and expect different results!

This brings us to the final and perhaps the most controversial of the suggestions I am making.  This is whether there should be a formal organizational record of these discussions. My recommendation would be “No.”   As soon as you begin to keep a formal record of these discussions, a record that managers and employees know may be seen by others in the organizations, you add a dynamic that typically distorts and detracts from the value of those discussions.  It’s almost like giving negative feedback to someone in public.  We all know how well that works!  What you might keep track of however, particularly before the process becomes institutionalized is how many employees actually have these discussions with their manager, and how valuable the manager and employees find them to be.