iPhone 6 – a “Do Better” Innovation

There are two fundamental approaches to innovation – “do better” and “do different[ly].” “Do better” can be described as “inside-the-box” innovation, where the innovation is limited by what the organization has done before. “Do different” is, instead, “outside the box,” often known as “disruptive innovation.” It changes the game, not just the moves. Often, when people think of innovation, this is the kind of thing that comes to mind. The wheel, the airplane, the telephone, the computer, for example.

In our Managing Innovation program, we use the following definition of innovation: Creating value from an idea that is new to  you. The key words here are “value” and “new to you.” The idea doesn’t have to be new to the world – that’s an invention. But an invention that doesn’t create value of some kind can’t be considered an innovation. 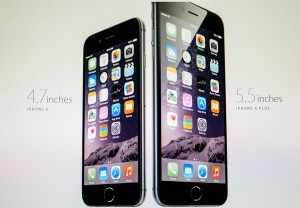 Apple’s iPhone 6 and 6 Plus sales have been so successful – ten million sold in three days, higher than the nine million new iPhones it sold all of last year.  One might assume that this was a “do different” innovation. In fact, this was not the case. Using a “do better” approach, they considered the screen size of their previous iPhones and added a larger screen to the iPhone 6 and 6 Plus. This strategy was based on, “…growing consumer demand for smartphones with bigger screens.” (in other words, people were buying “phablets” from other manufacturers!) Of course, there are many improvements and added features, but on the whole, it’s a continuation of what they – and others –  have produced in the past.

Apple’s successful use of the “do better” innovation approach reminds us not to disregard micro-innovation. In some cases such as this one, it’s important to take a step back from the larger “do different” innovations (more like the first smartphone – which was, itself, an incremental improvement on cell phones which were an improvement on – well, you get the picture) and consider what “do better” changes you could make in your products or services that would bring greater value to your customers. You never know…like Apple, your “do better” innovations could “do better” than your “do different” ones.

Tagged with: "do better", "do different", iPhone 6, micro-innovation