Rebecca Posted in #IfIWere22Today, Be Influential, Influence, Uncategorized — No Comments ↓ 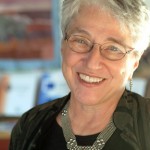 When I was 22, the 1960s had barely begun. Betty Friedan was still a housewife. Nobody I knew had a color TV and I didn’t have one of any kind, I preferred listening to the radio, especially the college stations that occasionally ran a game show from the BBC. I was about to get fired from an elementary school teaching job for being insubordinate to the principal (i.e., offering an idea about how we might teach reading differently). As I hadn’t studied nursing (teaching, nursing, and secretarial work were really the only jobs open to women during a time that the want ads were divided by gender – and I couldn’t type), the only option for me was to find another school system that would tolerate someone who spoke up. (Luckily for me, I did – but that’s another story!) My then-husband complained that I didn’t have the appropriate “feminine wiles” to make him feel superior to me. I only knew a few people who had traveled outside the country and I envied them. I hated the pop music of the time and loved blues, folk, and what we’d now call world music. I wanted to be creative and independent, but the culture of America in the late ’50s and early ’60s called for conformity and traditional hierarchy. It seemed to me that I was the wrong sort of person for the times I was living in. Turns out that I was right. If I were 22 today, the world would seem like a friendly place for someone like me. Everything I dreamed of doing at 22 and much, much more is possible. So, what is my advice for those of you who are in your early 20s (like my grandchildren) – perhaps just out of college or graduate school and facing a challenging job market?

#IfIWere22today, I’d assume that whatever I studied in school would not be what I would be doing twenty years later. Learning how to learn, though, would stand me in good stead.

#IfIWere22today, I’d assume that whatever I thought was “normal” today would seem strange and even laughable with some distance. Seeking clues to future trends, however, would always be useful.

#IfIWere22today, I’d realize that the one skill set that probably won’t become outdated or be mastered by robots during my lifetime would be my ability to relate to, influence, communicate with, love, appreciate, and co-create with other human beings.

So, be yourself. Let the culture catch up with you or create your own village or network where your values, talents, preferences, interests, and humanity will be appreciated by others. Seek friends and colleagues who are different from you and who can learn from you and with you and from whom you can learn. Find a partner who supports, nourishes and also challenges you. Take risks to create something beautiful and new. Embrace failure, move on, laugh at yourself, and find work that you love, whether it sustains you with money or with joy. If you’re lucky it will do both. Most of all, enjoy the journey of your life. You are sure to be surprised at where it takes you or, better, where you choose to take yourself.