Exercising Influence and the “New” Leadership 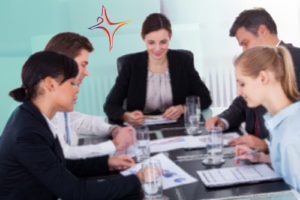 Just last week, the Fast Company website and magazine featured an article by Ludmilla N. Prasalova (Professor and Director of Industrial-Organizational Psychology at Vanguard University of Southern California) entitled, “We’re in the midst of a fundamental shift in leadership.”

“Leadership,” Prasolova begins, “comes in many forms, and right now, we are in the midst of a major change… Many examples of new leadership don’t fit the stereotypical image of positional power.”

The author—citing “The Bases of Social Power” by social psychologist John French and Bertram Raven, (from Studies in Social Power)—define informational influence as follows:

“Informational Influence/power goes beyond the expert power by adding an element of learning. Not only does the leader know best, but the follower is developing an advanced understanding of why something is “best.” As a result, followers experience a change of mind and know the reason for action.” (Note: French and Raven have much more to say about influence and power, but perhaps that could be the subject of a separate blog.)

To us, this informational influence sounds very much like the Expressive Influence tactics and behaviors that Barnes & Conti has been teaching for some 30+ years! For example:

As the article states:

“They (leaders) can lead through referent, expert, and informational power, using purpose-centered inspiration while changing work organization to replace domination with the focus on wellbeing, outcomes, flexibility, and participation.”

The article concludes, “Earning the respect of people and supporting them with care and dignity provide the relational foundation for the intrinsically inspired work.” And with 30+ years of teaching leaders influence skills, we would heartily agree.

For more information about our Exercising Influence™ program visit this page.