admin Posted on February 15, 2022 Posted in Influence No Comments Tagged with influence, relationships 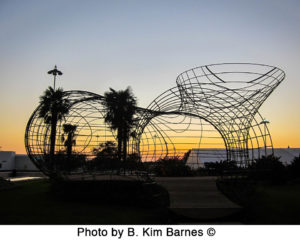 Much has been written and said about the importance of “win-win” relationships, but like many good ideas, it has become a cliché. If it is practiced in a demeaning, trivializing, or dishonest way (i.e., “Let Harry think it was his idea”), it will not work. People keep score in organizations and the current score can affect the outcome of any influence event. The scoring system in most organizations goes something like this:

These scores are usually only mentally recorded for “wins” of some substance (it cost one party something and the other party gained something from it). As long as both parties see the score the same way and keep the score in mind when influencing one another, the system works pretty well. Unfortunately, this system is very subjective and thus the current score is seldom understood the same way by each player. This can lead to conflict ranging from private grumbling and reluctance to cooperate to openly hostile relationships between or among individuals or groups.

A better basis for building influence relationships is through a set of principles. Some of these are implicit (unspoken but integral to the relationship) and some are explicit (discussed and agreed upon).
Implicit principles include:

Some people assume these principles to be true in absence of information to the contrary; others assume them to be false unless proven true by experience. Some people simply take a wait-and-see attitude about them in any new influence relationship. Once you have earned the other’s assumption that these principles are true, any seeming abandonment of them will cost you dearly in trust and ability to influence successfully.

Explicit principles include but are not limited to the following:

Explicit principles are usually tied to a specific meeting or event, but can also be agreed to by teams or partners that work closely together over time. If these principles are operational in an influence relationship, the result will be trust. Trust is badly needed (and often in short supply) in fast-moving, changing organizations. When people trust one another, things get done. Time is not spent in “cover yourself ” activities or “watching your back” or sabotaging agreements. Energy is not spent in unproductive conflict or duplication of effort. Influence happens in a natural way as part of the give and take of getting on with business when people don’t feel they have to keep score anymore.